I celebrated the New Year (going by the Julian calendar, I mean; not the Malayalam New Year, my favorite!) by attending the 7th World Atheist Conference held at Vijayawada in the first week of January 2009. The conference was organized by the Atheist Centre founded by Gora, the Gandhian atheist and the center is now run by his children and grandchildren. It is the second time that I have attended the conference – now a biennial one. Although it was called the “World Conference”, all of the foreign delegates were from Europe, making the conference more of a Euro-Indian one, than a “world conference” proper.

The most important aspect of being a delegate of the conference is, in my opinion, the opportunity 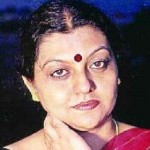 that the conference gives to an interested delegate to meet and interact with fellow atheists from various parts of India.

For that, at least, we should be grateful to the Atheist Centre for organizing the conference on a regular basis. Since I have written elsewhere about the conference (see the e-zine, Bangalore Skeptic, February 2009), I do not want to dwell on that here.

[smartads]Instead, I would like to share here with the readers of Nirmukta the gist of an interesting lecture delivered at the conference by Ms Chandana Chakrabarti. Ms Chakrabarti is a former Communications Officer with the Centre for Cellular and Molecular Biology (CCMB), Hyderabad. She is also a co-author (with Prof Pushpa M Bhargava, Founder-Director of CCMB) of a recent book on scientific temper – Angels, Devil and Science, published by National Book Trust, a Government of India undertaking. (Prof. Bhargava revealed at the World Atheist Conference, which he inaugurated, that the first edition of the book had now been sold out! That definitely gives hope for the rationalist movement in India!).

Here I reproduce the essence of Ms Chakrabarti’s talk that, in my opinion, succinctly brings out the differences between science and religion. Can the readers of Nirmukta come out with any more?