In January, 2009 I went to meet Premanand at Podanur and exchange many ideas with him, or rather gather his ideas on some of the issues before us.

On the 21st January, 2009 I found him in a relaxed expansive mood. Though the secondaries of his cancer might have been causing pain, he did not appear to be affected. He was very happy that his pet dream project of building the museum of method of science was nearing completion. Excerpts from our conversation:

Which is your actual date of birth? 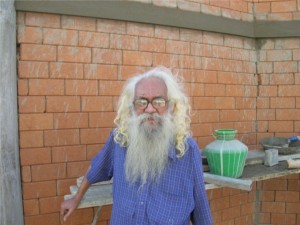 Which are the happy movements of your life?

I am quite happy now as I am quite near realizing my dream of building a method of science exhibition for children. Dr.Malathi has helped me very much to realize that.( She had contributed nearly 50,,00 rupees in the last two months)

I was quite happy with my school at Thikkody where about 50 children of various castes and religions were being taught in an atmosphere of no superstitions at all until it was closed down by the Kerala govt (he had started a school there in the 1970s on an absolutely egalitarian basis only to be shut down by the govt. in three years!).

The only way to teach children the method of science is to stop teaching and let them learn on their own. The teacher should act only as a facilitator.

I am also happy that after me the exhibition will be taken care of by Dr. Subramanyam and a committee to oversee that.

Which are your unhappy moments?

I have been a failure with both of my children. Kabir was murdered and Sumedha died of a heart attack (personal details about them have been omitted). Another is that I have been unable to change my own people- may be it is because I have not spent enough time with them. Then whatever changes I have brought about have taken place very, very slowly at a pace about which I am not at all happy. Since the brain-washing of children starts soon after birth it is very difficult for us to make them get over those years and years of false propaganda.

If you were to have ten more years to live what would you like to do?

I don’t want to live as a burden on others. But, if I were to have ten years of active life, I would like to record about 1,500 so called miracles. I have been able to do only about 150 of them. My method of science exhibition is made up of posters only. I would like to develop working models for hands on experience for children.

What is your opinion of our movement as it is today?

We are not growing much as a movement. We are still in the stage of heroic struggles by individuals. If the members of our movement had spent the time on analyzing paranormal phenomenon and educating people instead of criticizing each other, we could have reached much greater heights.

Where do you see our movement say ten years from now? 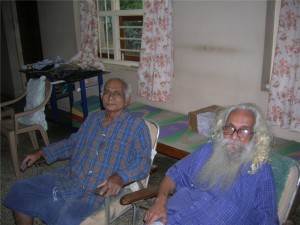 Some movements which started well with rationalistic ends like the Jana Vigyana Jatha joined with the leftist politics and diluted the movement. Then some people who are in the movement have started promoting things like naturopathy, homeopathy, Yoga etc without bothering to verify their scientific validity. I do hope that activists of our movement be more scientific in their approach towards such things unless that happens we will degrade ourselves into a pseudoscientific outfit.

In England some atheists have started putting slogans on the buses like “There is probably no god”…… what you say about things like that? Do you think that we should have slogans like that in our country?

It could be possible only with the govt. support. Though we have freedom of expression here all these things depend on three factors: 1. Laws enacted 2.The enforcement of these laws 3. The judiciary with all these full of superstitious beliefs how do you expect these things to happen here?

It is said that as people grow older they tend to have spiritual inclinations? What about you?

It is only due to the fear of the unknown. I don’t have any such fears or any so called spiritual inclinations.

After you are no more what do you wish to be done to your body?

I am at present in Podanur where it may be difficult to do what I want to be done with my body. So, I plan to shift to Bangalore where the facilities are better after my work with the museum of methods of science is ready. I want all the parts of my body to be donated to others so that they can be put to use. I don’t want to be buried or cremated. I would like my remains to be used for study or research.

What is your advice to the activists of the rationalist movement?

I would like to tell all that one should practice what one preaches and preach what one practices. It is not very difficult to do so. Again, don’t waste your time with the older generation go the younger people who are going to change the world.

How are you feeling now?

My weight is under control ( he had been losing weight as he was unable to eat properly) and I am eating off and on. I am not in constant pain some times it comes and then goes.

I am not able to think and put my thoughts in writing as I am feeling some difficulty in that. Otherwise I am all right.