Shah Rukh Khan was one of my favorite Bollywood stars, growing up in the 90s. It has been a couple of years since I’ve watched a Hindi movie (Slumdog Millionaire doesn’t count). But when I read something today that Shah Rukh said in an interview about religion and Islam’s role in terrorism, it made me realize how much of a negative influence film actors can have over the culture of our society. The interview was scattered, so I took it apart to see what the film star was actually saying. I’m presenting my thoughts on it here. Keep in mind that this interview was done in the aftermath of the Mumbai attacks by Muslim terrorists, and that the questions were in that context.

There were some sterling points that Khan made in the interview. He spoke about “keeping the beautiful secular nature of our country intact” and about how he would “tell youngsters now that we need to create a new religion, a new discipline. And that new religion is work.” But overall, it was clear that the actor was taking a position that is all too common among celebrities in India – a lack of condemnation of the negative aspects of a religion by actually revising the religion itself. 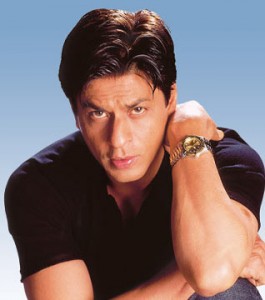 A few months ago I wrote about Aamir Khan’s statement to the public asking them not be fooled by politicians who exploit religion to stay in power by dividing people on communal lines. Shah Rukh Khan takes a different approach to facts. On a trip to Malaysia, Khan said: “Islam does not in any way tell you to be violent“. Now, of course I want to believe that. I really wish the ones who follow the passages requiring Muslims to stone adulterers or execute apostates would stop doing so and tear those pages out. But I’m not so keen about actually believing in this fairy tale. Not when lives are at stake.

My main reason for writing this post is to vent at the degree of influence that movies and movie stars have over the masses. But there is another reason why I’m writing this- the fact that where religious beliefs are concerned, it is socially acceptable to blame the individual over the institution. Thus religion itself is excused while those brainwashed by it are punished. This is a serious lack of awareness. A quote by Steven Weinberg, the Nobel winning physicist, comes to mind. This is from the New York Times, April 20th 1999:

In a previous post I mentioned Noam Chomsky’s line about how slavery as an institution was terrible but the individual slave-owners were not all inherently bad (slave owners included Thomas Jefferson and Benjamin Franklin). Religion is very much the same. When our leaders and figureheads blame the individuals, they are letting religions off the hook and a serious opportunity to clean them up is missed. The bad in religion survives and flourishes, protected by moderates lilke Shah Rukh and Shashi Tharoor and a thousand others who are apologists for virulent ideologies.

Shah Rukh says, “Religion is a language to seek truth, and each language stands self-sufficient. One language does not express the truth better than any other.”

Ah, what a beautifully flawed analogy. Equating fact and fiction with the poetic grace that only a Bollywood actor could deliver without a thought. I think I liked him much better as the charming sociopath on the big screen.

(To those who argue that Shah Rukh Khan, and Shashi Tharoor in this other post, are just promoting a moderate version of their religion, here is my response. These folk are not promoting a better version but are sweeping the dirt under the rug. If they truly want their religions to get better they will actually speak the truth about the terrible things that are preached in the scriptures, and then call for that to be changed, instead of claiming that there is nothing wrong with it in the first place. Just saying that Islam is not violent is not going to convince any body, especially not the extremists. Only condemning the evil that is a portion of the religion will promote a moderate form of that religion)