The seventh World Atheist Conference began today in Vijayawada, India., and will end on Wednesday, the 7th of January.

These conferences are familiar to many Indians as well as to some of our readers in Northern Europe- countries like Norway, Germany, The Netherlands, Sweden, The U.K., Denmark and others- and a few Americans, Australians and New Zealanders as well who are aware of atheist work in India. For those who are not familiar with these meetings, here’s a brief recap. 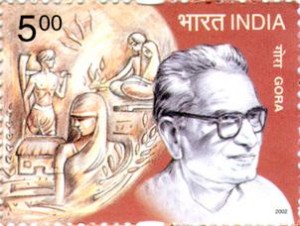 The first conference was organized in 1972 by Indian freedom activist Gora, who happened to be a friend of a certain M.K. Gandhi. Gora was already well-known the world over for founding the Atheist Centre along with his wife Saraswathi Gora, at Vijayawada in 1940.  The Atheist Centre is famous for the humanitarian work it does under the leadership of Dr. Vijiyam, Gora’s son. The volunteers and workers at the center run schools, offer free medical help and help integrate the so-called “lower casts” who have been social outcasts in India for centuries.

Since that first conference in 1972, there have been five more, one having been held just last year. You can read about the prominent atheists and humanists who attended the 6th World Atheist Conference in this report by the Danish website, Ateistisk Selskab.

This year, leaders and representatives of Humanist and Free-thinkers groups from Switzerland, Belgium, the UK, France, Finland and others will be attending the conference. Some prominent Indian intellectuals will also be present. Dr. Narendra Nayak, President of the Federation of Indian Rationalist Associations, world-renown skeptical investigator and contributor to Nirmukta, will also be attending the conference.

Here is a segment from the German website International League of Non-religious and Atheists:

Registration fee for foreign delegates is US $ 150 (incl. Food and simple accommodation). Those who wish to stay in Hotels at the own expense, many good hotels are available at Vijayawada. Atheist Centre is in the heart of the City. Vijayawada is well connected by train and road and domestic air services from Hyderabad and Chennai.. Nearest International Airport: Hyderabad, which is the capital city of AP.