Most Indians graduating from their 12th standard in the high schools of India don’t know what science is.

Now, don’t get me wrong, students in India have had their heads crammed full of material from science textbooks. They graduate out of schools and colleges, well trained to work in the technical world, where the knowledge gleaned from the scientific pursuit of fundamental questions is applied towards making our lives better, at least temporarily. 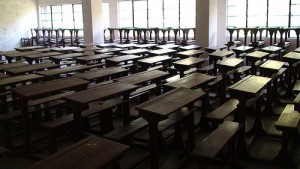 The first thing you realize when you read page one of any book on scientific philosophy, is that there is a difference between knowing the scientific method and knowing scientific facts. So why do I think most Indians don’t really know what science is? To answer, let me draw from my own experiences in school in India.

My first memories of science were from class four in school, when I was 9. From then till class eight, science was a fascinating world of discoveries and facts- Archimedes and the bathtub, Newton and his apple…. Then it started getting harder. We were studying electronics, photosynthesis, thermodynamics and mechanics, and none of it made much sense. Biology was all about memorizing definitions and Latin words. Physics was about remembering the laws and definitions and applying meaningless equations to the “right” set of clues in the problems we were given. And chemistry was just great! After that, like many Indians, I matriculated, went on to take science courses in the pre-college school years and graduated with a head crammed full of facts, 90% of which I would never come across ever again even in any scientific career.

At no time during the years that my understanding of the world was being shaped, was I lucky to have a teacher who explained to me the way in which science operated. Nobody told me the difference between a scientific theory and a scientific hypothesis. Even today, many science graduates in India do not know the difference between the two. At no point in my formal education was I shown how hypotheses were laid out from basic observations and how experiments were designed to test them systematically. There was simply no link in our minds between the real world outside our classrooms and the stuff that was being put in our heads everyday in the classrooms. The wonderful and far-reaching implications of some of the theories we were taught were rarely mentioned- probably because the teachers themselves had never thought about them! Like, for example, the theory of evolution by natural selection. One page in high school was all that we had to learn about this wonderful theory which explains all of biology. Why? Because someone in the education board decides that there cannot be any practical applications in teaching kids the wonderful logic behind the origin and evolution of life in all its complexity and diversity? Instead of being provided with the tools to think critically and analytically or being taught the significance of the scientific ideas I was learning, I was a being molded to fit a predestined slot that society had created for me; I was to be a cog in the works. This is the case for the majority of Indians.

India is emerging as a technological power in the new millennium, after decades of economic hardship. 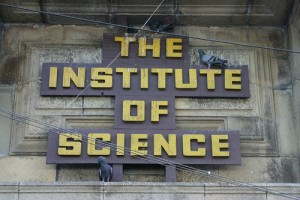 In the struggle to pull the country out of poverty and provide a better life for its millions of poor, the leadership has resorted to a model of society that is reminiscent of Huxley’s dire scenario from “Brave New World”. “Why create a generation of thinkers when what’s needed are workers?”, seems to be the mantra. So scientific facts are common knowledge. The methods of science are privileged knowledge, reserved for the elites who determine what the populace should do. Of course, this fits the well-known and common pattern in Indian cultural tradition. We are a “top-down” culture, where a few thinkers belonging to certain castes or communities have traditionally been the ones making all the major decisions. In India’s haste to adopt science and to apply the benefits of scientific knowledge towards building our economy and quality of life, the same cultural framework from old religious traditions have been harnessed towards teaching science. Science in India is a form of skilled labor enforced by authoritarian principles, not a way of thinking about the world. As in religious traditions, students of science are not taught to question the ideas that are presented, but to accept and memorize them. This is the exact opposite of how science is supposed to work. It is the challenging of “established” ideas using better hypotheses that fit the evidence, that makes science superior to religious dogmas.

Learning to follow a recipe from a cookbook does not make one a cook. Similarly, following a set protocol without understanding the way science works does not make one a scientist. Science in its best form, must be a bottom-up process, where the facts are not always simply fed to students to be memorized. The most advanced nations of the world are those that teach critical thought to their young minds, not the countries that prepare a generation of human machines incapable of original ideas, to be the future workers of the country. More importantly, it is the schools and educational institutions that impart the inclination towards scientific exploration that are poised to create the leaders of the future.

Today in India, we have people touting “vedic science”, “scientific numerology” and “astrology” as legitimate scientific disciplines. These people have no knowledge of what science is, otherwise they would see the absurdity of their claims. In India, the movement to incorporate astrology into the science curriculum is extremely popular. The West is not immune to such idiocy, although the groups that make such demands are usually in the minority. One major exception is the Intelligent Design movement, in the US and Australia. This movement has one thing in common with the vedic astrology movement in India- a complete lack of understanding of what science is and how it works.

It is likely that science itself is in little danger of being replaced by pseudoscience when it comes to legitimacy in academia. What is of greater concern is the fact that pseudosciences have the potential to become hugely popular in the mainstream media, because of the lack of a good public understanding of what constitutes science. In the age of the free-market and unfettered propaganda, the lines may become blurred in the mass consciousness of peoples, while the scientists and academics are self-absorbed in their research.

That’s why our focus needs to be on education. It will take years to disrupt the millennia of cultural stagnation that religious indoctrination has perpetuated in India. We need to change the education standards, now more than ever. Here at Nirmukta, we have had the opportunity to debate readers who are convinced by popular opinion that scams such as homeopathy are legitimate science. We are not helped by those in the popular media who declare that mass appeal trumps reason. In spite of such current trends in the mainstream, I am optimistic about India’s science future. It is our only hope to rid Indian culture of the terrible afflictions of irrationality and superstition.