Because most folks are dualists, the idea of naturalistic spirituality still seems a contradiction in terms.

Spirituality is generally thought to involve “higher planes,” souls, spirits, and other supernatural phenomena. How can naturalists, including atheists, take spirituality seriously without violating a core tenet of their worldview, that no separate supernatural realm exists? Very easily, as Andre Comte-Sponville artfully argues in The Little Book of Atheist Spirituality. Spirituality properly understood has nothing essentially to do with the supernatural, and is far too important a matter to leave to religionists and new-agers. To do so would have naturalists ignore central questions of life’s meaning and purpose, of how we can best live together given the ultimate nature of things, and what our relation to that nature is. None of this requires or implies god.

This book is a delight and inspiration, without the least condescension or self-seriousness, beautifully direct, personal, touching, and profound. Comte-Sponville writes with the ease and assurance of someone who has thought deeply on these matters, and indeed he’s been writing and speaking for years on godless spirituality. The Little Book is the distillation of his wisdom, which is heir to both West (Spinoza, Pascal, Nietzsche, Sartre, Wittgenstein and some modern French philosophers unknown to most American readers) and East (Buddhism, Zen, Taoism, Vedanta). Although he has no animus against faith, so long as it’s not imposed, his primary objectives in the book’s three chapters are to show that 1) we don’t need theistic religion for a viable ethics or community, 2) there are good reasons to believe god, traditionally conceived, doesn’t exist, and 3) spiritual experience is a naturalistically valid mirror of basic existential truths. We are embedded in an impersonal, self-subsistent, untranscendable and value-less reality – Spinoza’s Nature, the All – therefore values and meaning are human-relative affairs. But understanding and feeling that we are rooted in an ultimately mysterious non-human absolute can, by temporarily stripping away the self, afford us the peak spiritual experience of immanent unity. Naturalistic spirituality shows us that our lives, finite, conditioned and purposeful, open into the eternal, unconditioned and purposeless.

Living in the post-modern, irreligious age (at least in France!), we must, he says, avoid the twin temptations of sophistry, that truth has no claim on us, and nihilism, that morality has no claim on us (Nietzsche: “Nothing is true, everything is allowed”). We are therefore enjoined to follow the Enlightenment in its insistence that there are truths and ethics to be had independent of religion. These are secured by fidelity, fidelity to rationalism: “to reason, to mind, to knowledge,” and to a progressive, practical humanism: “Our primary duty…that of living and behaving humanly.” Because impersonal nature affords us no recourse, this is a contingent, fallible project, but for that reason all the more worth pursuing:

Nothing can guarantee the triumph of peace and justice or even any irreversible progress. Is that any reason to stop fighting for these things? Of course not! On the contrary, it is a powerful reason to go on paying the utmost attention to life, peace, justice…and our children. Life is all the more precious for being rare and fragile. Justice and peace are all the more necessary, all the more urgent, because nothing can guarantee their ultimate victory. (54)

Comte-Sponville provides a concise survey of the traditional arguments for god and their insuperable shortcomings, then goes on to give additional reasons for why it’s very likely (although not ultimately provable) that god doesn’t exist: there’s no good evidence he does; the untoward amount of evil and suffering in the world; the sheer mediocrity of the human animal (is such a creature the best god could do?), and the fact that theistic beliefs so patently conform to our deepest wishes. That god is all-good, and provides us with everything we could possibly want, is an excellent reason to suspect he does not exist! Given these reasons for doubt, it’s of the first importance that society keep church and state separate, allowing space for the right not to believe. He ends the second chapter saying:

Freedom of thought is the only good that is perhaps more precious than peace, for the simple reason that, without it, peace would simply be another name for servitude.

The book contains much that’s personal to the author, which makes good reading and good sense. After all, even if they are informed by philosophies and traditions, spiritual matters are deeply personal – they are one’s own grappling with meaning and existence. In the 3rd chapter, he describes a transformative mystical experience that, as he puts it, let him finally understand what as a philosopher he’d been lecturing and writing about all these years. The elements of the experience are described as suspensions – suspensions of thought, of time, of the ego, “the tiny prison of the self.” This permits an opening into the self-less present:

What a relief, when the ego gets out of the way! Nothing remains but the All, with the body, marvelously, inside of it, as if restored to the world and itself. Nothing remains but the enormous thereness of being, nature and the universe, with no one left inside of us to be dismayed or reassured, or at least no one at this particular instant, in this particular body, to worry about dismay and reassurance, anxiety and danger… (149) 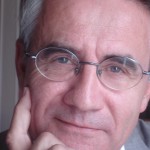 He points out that mystical experiences and the spirituality they express and inspire make a personal god, holding out hope for future salvation, unnecessary. Nature, being, the all, the absolute, reality (he says use whichever word suits you) is immediately sufficient, present and perfect, that is, without defect. Faith, belief, dogma, hope and fear play no role, so religion in the traditional sense becomes irrelevant. Nor is there any conflict between our best analytical and empirical modes of knowing – what we can pin down about nature – and the personal existential realizations stemming from experiences of unity. Such spirituality has nothing to fear from science.

All told, Comte-Sponville, a true humanist and universalist, gives us a philosophically and anecdotally rich account of how those without faith can remain authentically ethical and engaged in life, even as it opens onto infinity. The human project is part of reality, but in no sense does it encompass reality, which rather encompasses us in its mystery. We have to make our peace with this, perhaps even find fulfillment in the fact we aren’t the measure of nature. Naturalists looking for enlightenment will find in this book an inspiring, profound expression of the spiritual possibilities inherent in their worldview.

Tom is Director of the Center for Naturalism, an organization dedicated to promoting Naturalism as a complete and fulfilling worldview.