This was written on the 4th of this month. New facts have emerged since then that have confirmed the ideas presented here. 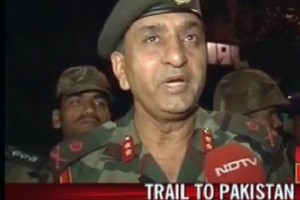 The tragedy of Mumbai, yet again, was only waiting to happen. That the terrorists trained in Pakistan came on a boat hijacked from Gujarat to cause havoc in Mumbai has sent shockwaves across the globe, for it has exposed the double standards and inefficiency of so many. And many in the political class of India do not appear to have learned their lessons, exhibiting their crass insensitivity and arrogance. The silver lining has been the excellent job done by our security forces under all possible adversities and the spirited, peaceful and united response of the people of India, particularly the Mumbaikars.

What next? The people of India have shown their maturity by maintaining peace and harmony on the face of the worst ever attack on their freedom and sanity. It is now for the leaders of our country, Pakistan and the world as a whole to measure up to their expectations. The message is loud and clear: We cannot take this any more.

The onus is on the US to pressurize Pakistan to deliver on its promise of helping India in getting the perpetrators of this crime to justice. But it appears that the US is more intent on pressurizing India against precipitating a war with Pakistan that will force Pakistan to mobilize its troops from the western border where it is now engaging the Al Qaeda and Taliban. If the US indeed means what it says, then it should ensure that Pakistan arrests all the masterminds of this crime and dismantles the terror network in entirety. That will not only help India, but the world as a whole, for it is by now well known that the terror camps in Pakistan are the source of World Terror.

And the political class in India needs to get its act together. The principal opposition party, the BJP, has so far shown immaturity and callousness by staying away from all the efforts of consensus in drawing up a strategy to tackle this terror. And one cannot forget the stark truth that the masterminds of this dastardly act were once lodged in the Indian jails and were released and escorted to freedom in Kandahar by the then Minister of External Affairs in that one act of cowardice by the then BJP led Govt. And even now, it cannot escape anyone’s attention that the terror trail started on the Gujarat coast and a timely act from the Gujarat police and the intelligence could have averted the attack. Instead of owning up, the BJP is busy issuing advertisements in the newspapers seeking votes in the name of Mumbai terror attack, putting up hoardings with photos of the martyred police officers, whom the party blamed of being stooges of the Congress just a week earlier because of their handling of the Malegaon probe. One of the spokespersons even went on to claim that the terrorist attack happened because the Mumbai ATS was busy with the Malegaon probe and hence could not devote enough attention to the intelligence leads! And the poster boy of Hindutva was in Mumbai with his horde of commandos to show his face to the cameras, even as the widow of the valiant ATS chief declined to accept the money offered by him.

The chief minister of Maharashtra showed his insensitivity by taking his actor son and a film director along while visiting the terror hit Taj and his deputy had to quit following his remarks belittling the enormity of the tragedy. The chief minister of Kerala also showed his immaturity and insensitivity by hurting the sentiments of the parents of the martyred NSG commando.

Even as the politicians showed their callousness and inefficiency, the intelligentsia and common people alike and the mainstream media have steadfastly remained united in raising the level of the discourse to one of meaningful action. And it is a matter of time before the men in power are forced to strengthen the hands of the security agencies by providing them, with better weapons in place of the lathis, better protective gear, better living standards and safeguards, better facilities for the intelligence agencies and setting up a nationwide network for intelligence gathering, sharing and immediate action. The unity of the people of India would hopefully triumph where the politicians have failed.