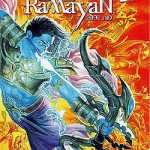 Barack Obama, the first African-American to be elected to the office of the president of the United States, has a monkey God to thank for his good fortunes. In what could be the sequel to Valmiki’s epic tale and the prequel to the popular futuristic comic book Ramayan 3392 A.D., Lord Hanuman has decided to help a different kind of king ascend to the throne this time around. Instead of talking place in pre-historic or post-apocalyptic times, this story occurs in the present; halfway around the world from where the all-powerful simian served his former boss, Lord Ram.

Brij Mohan Bhama, an elected member of the All India Congress Committee, is the God’s chosen medium.

From the Times of India:

“It was the magic of Pawanputra Hanuman that did it all,” asserts a convinced Bhama, a devoted Obama fan. “It is the truimph of Lord Hanuman on the soils of America,” he declares, and nothing can shake his belief-in Obama or Hanuman’s blessings.

Indian Gods have always taken an inordinate amount of interest in politics. The Goddess Kali has appeared in the form of former Tamil Nadu CM, Jayalalitha and Rajasthan Chief Minister Vasundhara Raje is the latest reincarnation of the Goddess Annapurna. This latter one is a bit odd because Annapurna is the Goddess of Harvests and Rajasthan is not exactly the agricultural capital of India. 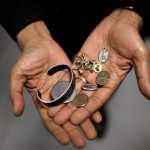 Nevertheless, this reaching across the continents by the Pawanputra covers new ground. Literally. So how exactly did Hanuman come to endorse the new president-elect? It all started in June of this year when Time magazine published a picture of Obama’s lucky charms which included “a bracelet belonging to a soldier deployed in Iraq, a gambler’s lucky chit, a tiny monkey god and a tiny Madonna and child“

MSN News, that trusted voice of reason, was the earliest to report that Obama was actively seeking the simian Lord’s help.

You may have guessed that Hanuman, the defeater of odds that he is, must have immediately rushed to the then senator’s campaign on reading the article, mace and tail in tow. Well, you would be wrong. North America is not within walking distance like Lanka is, you see. 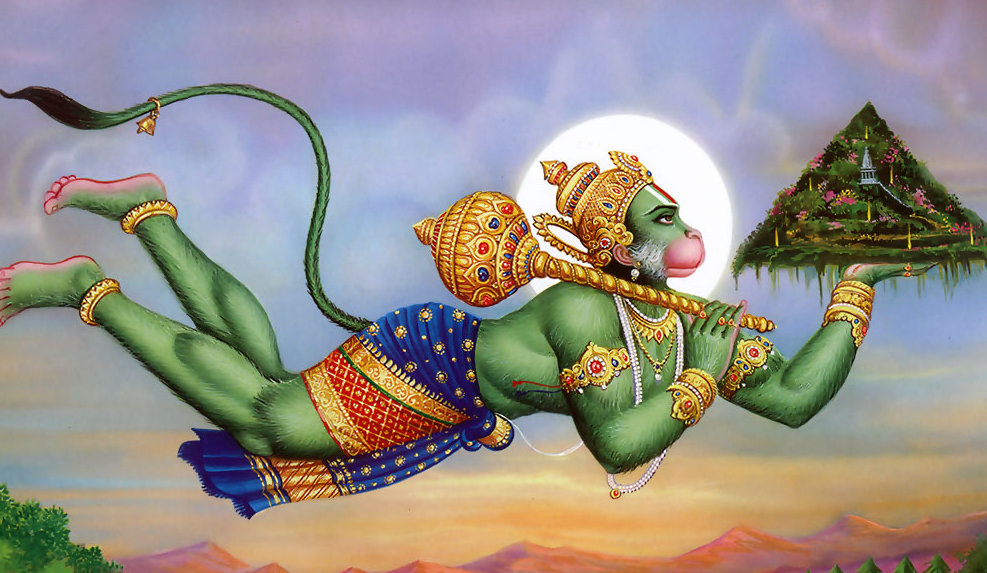 So instead, Hanuman contacted Brij Mohan Bhama and requested offerings and a special puja by 12 priests to be held for him at Sankat Mochan Dham on Pusa Road in New Delhi. He then directed Bhama to present Obama with a 2-foot tall, gold-plated avatar of himself. The avatar weighing 35 pounds and costing about 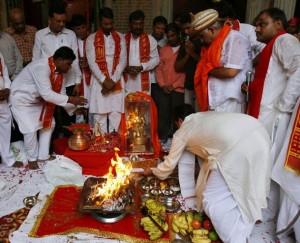 $2500, made the treacherous journey across the oceans in cargo, only to be designated to a temple in New Jersey. The problem? This version of the primate avatar cost somewhat more than the $10 maximum limit that presidential candidates are legally permitted to accept from overseas donors. The Lord was, it seems, confused by the fluctuating currency exchange rate.

Anyway, Obama won after four months of battling the evil forces, with the Lord Hanuman campaigning for him remotely from his Lordship’s temporary abode. Bhama now wishes to hold Obama to his alleged promise of installing the monkey God in the White House. Pawanputra Hanuman was unavailable to comment on his future plans in America. Deepak Chopra may have a project or two lined up for him to star in.