I see hordes of modern and educated Indians succumb to numerous blind rituals and religious schemes in India with more vigor than ever before. More and more Indians, especially those coming from the upcoming middle-class families and have studied at the premier institutes of India, are turning to ritualistic religion and its superstitions, joining cults, and wearing their dogma proudly as a badge for everyone to see.  I often wonder how come these globe-trotting, blackberry-typing, gadget-swinging Indians shut off all their mental faculties when it comes to certain superstitions and beliefs. 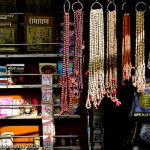 Remove religion from the picture and the lights glow, the brain starts functioning, neurons send charges back and forth, logic prevails, and the same modern and educated man who was blind before starts asking questions.   Without religion in the picture, Indians are curious; they debate and discuss politics and history, talk about globalization and global warming, serve American customers in a BPO on a daily basis through phone and e-mail, and embrace all gadgets of modernity.  They can churn numbers, deduce the logic of economics, and explain the incidents of life using reason.

Religion legitimizes superstition like no other ideology and gives it a veto power over all things rational.  Indians happen to be the most religious of all.  Religion is an all pervading phenomenon in India and it’s really hard to escape it.  It’s no wonder that we seem to be floating in a sea of irrationality.

Is organized religion the only culprit? Or is there something more to it? I believe it has mostly to do with our parenting.

In India, parents teach their kids religion. If not parents, then it is the extended family of aunts, uncles, grandmothers, grandfathers, etc.  For most of our history, before the advent of TV and radio, families contributed to the teaching of religion to the kids.  They ensure that the child becomes a dumb machine, following instructions without asking any questions.   The kid adapts to this kind of parenting very well.  He knows that that there is a certain set of beliefs he should not question; that there are certain questions he should suppress in his brain.  Churches, priests, mullahs, etc., take over from there, working on an already dumbed-down brain.

Religion also induces the concept of fear in an organized fashion.  It needs concepts such as ghosts, devils, hell, etc., to ensure that kids fear god.   Many adults continue to believe in ghost stories claiming that they have seen apparitions at various times.

The development of a human brain calls for extreme dependence of a child on its parents – for providing nourishment, education, locomotory skills, knowledge, vocabulary, etc.  This is a double edged sword.  While this dependence allows for parents to impart knowledge, skills, and other talents to the child which help that child grow into an intelligent human being with necessary skills to become a better survivor, it also allows for parents to inject their set of prejudices, fears, blind beliefs and superstitions into the kids.

In India, there is no caution as to what parents need to teach their kids. They own the kids as if they are their property, not just as a child but even when he/she is full-grown adult. That teaching includes religion. With it comes a set of dos and don’ts, superstitions, dogmas and arcane rituals. 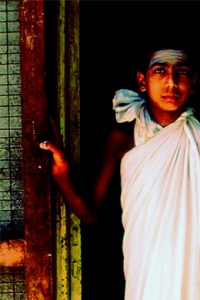 Kids young as few months old are asked to clap to Jaija (God for kids), and then asked to fold hands. On growing up, she/he is allowed to kick anyone with their feet, but not the Jaija.  In some families, the kid is not allowed to kick the elders in the family – they are also Jaija’s incarnates.  Everything is sacred and around it are zillion rules.  The rules are formed quite early on.  The kid is allowed to ask only certain questions and some modern and educated parents may even answer the questions reasonably.  Like: Why is Sky blue? Why do stars twinkle? Why do we see lightning first and then hear thunder? And so on.  But there are other questions which the child is forbidden to ask. If they do ask these questions, the answer is always the same – all is attributed to God.

The kid is now supposed to make sense out of all this. There are some questions he can debate on and get answers to, but there are some issues for which the answers are quite dogmatic and there is no room for debate or reason. There are certain things he will not question, debate or reason, and strictly follow what he has been told.  Even when s/he grows into an adult, his parents forbid him from doing certain things on a certain day of the week and so on.  He religiously follows these things without asking questions.

While the illiterate and less learned educated Indian parents may still attribute all workings of nature to Jaija, saying Jaija likes color blue, or he put the sparkle in the stars, or that he first sends the light and then the sound, and so on, they will be challenged by the school going kid.  Since he gets some answers at school which contradict his parents’ beliefs, there is a chance he will disbelieve all other parent’s belief’s including their faith in blind rituals.  This kid is more prone to questioning his parent’s answers compared to a kid born to modern and educated parents. 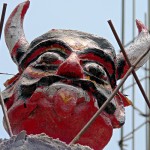 This could be the reason why the Nehruvian generation of Indians are more skeptical, rational and secular in their outlook compared to the modern day Indians.  My father’s father was not educated and he did not have many answers to many of dad’s questions.   Therefore, my dad relied heavily on education he received from school, getting his answers from books.  When he had to confront his dad on many ritualistic and irrational traditions, he had no qualms doing it.

The same is not true anymore of the present generation of Indians. The kids are born to educated and modern Indians who have the ability to answer many of the questions rationally. Therefore, the kid starts believing in his parents completely. When the same parent now tells him how great Indian culture is, how our ancestors have deduced the formulae for quantum physics two thousand years ago, why Vaastu is a science, why there is an inner meaning to all the rituals, why it is important not to make a business deal on a Tuesday, or not eat meat on a Saturday, why it is important to feed the crows to overcome the evil eye of Rahu, etc., the kid believes the parent much more easily compared to his more critical counterpart born to an illiterate Indian parent.