Along with photographs of skimpily clad girls, a prominent feature of Times of India, the largest selling English daily in the country, is its peddling of new age claptrap. In addition to two daily columns – Speaking Tree and Sacred Space– the newspaper has a separate section in its Sunday edition to cater to the needs of new age buffs. Named “Mind Over Matter“, the section carries assorted stuffs – book extracts, book reviews, Q&A column, etc. Though the paper does feature prominently the activities of all peddlers of nonsense, Sri Ravishankar and Deepak Chopra are perhaps TOI’s pet new-age gurus.

Unlike astrological predictions that appear in newspapers, the inane stuff being mouthed by these guys is in-fact harmful to the persons who take them seriously. It is not my argument that astrology is a harmless exercise. No. The astrologers have indeed been playing havoc with the lives of millions of ordinary and even educated Indians. But the astrological columns that appear in newspapers are generally not taken seriously by the readers. On the other hand, the writings and speeches of the new-age gurus such as Ravishankar, Deepak Chopra, or Ramdev are read with utmost seriousness by their followers. Given the influence these men exercise on their followers, it is necessary to dissect their writings and expose them. With this intention, I reproduce below a write-up that appeared recently in the section “Mind Over Matter”.

Last winter I was meditating for an hour twice a day trying to develop intuition. After these sessions I was sure if I opened my eyes I would see something. I was very afraid of this ‘being’ or energy. Do you have any insights as to what caused this fear?

I suspect it probably was an unwelcome entity that you sensed. It is important to make self-realization your unambiguous intention. Setting your sights on anything less than complete enlightenment opens you up to the possibility of inadvertently inviting in beings that may not be in your best interests.

It is not clear whether the question was a creation of Deepak Chopra himself or was asked by a reader of the newspaper. Let that pass. What worries me is the content.

The questioner (real or fictitious) has evidently gone deep into the new-age crap put out by Deepak Chopra and other of such characters. The question and answer contains a number of imprecise words and phrases. These are the hallmarks of every new-age rant. The words – intuition, being, energy, self-realization, enlightenment, etc – do not have any precise meaning here, but are used as if they are pregnant with spiritual import!

A right answer to such a question would have been something like this (For the sake of brevity and convenience, I assume that the questioner is a man, though a large proportion of the new-age buffs are women): 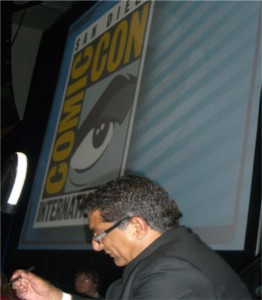 Gentleman, you are hallucinating. Intuition is only a lucky guess that happens to be true and you can not develop it by any means, including meditation. Frequently such “intuitive knowledge” is false, even though you might have forgotten the wrong insights/intuitions.  In fact, you have already gone through an intuitive phase when you were a child. If one accepts the theory of Jean Piaget, the Swiss psychologist, children pass through an intuitive phase before they reach a phase of rational thought. During that phase, children “just know” things to be true which in fact are not true.

Meditation itself is a contentious subject and may by useful at the most as a method of relaxation. Most of the claims made with respect to the benefits of meditation by the ‘gurus’ such as Deepak Chopra, Maharshi Mahesh Yogi, Swami Ramdev, and the double Sri Ravishankar are patently false, or even dangerous at times to the wellbeing of an individual.

One of the most popular ‘techniques’ used in meditation is very conducive to experience hallucination, because “by taking fewer and shorter breaths, the person meditating does not supply the brain with its normal oxygen levels and may thereby hamper its normal function” (Page 163, The Handbook of Practical Psychology, B.Richard Bugelski & Anthony M. Graziano, Prentice-Hall, Inc, 1980).

There is no energy or “being” (other than ‘beings’ who are physically present around you at the time of meditation!) that could be invoked, inadvertently or not, through meditation, however “intense” the meditation is. Despite decades of scientific investigations into paranormal phenomena, no supernatural beings or energies have ever been detected, except of course in the fertile imagination of paranormal-mongers.

Your experience of the presence of a ‘being’ was most probably a creation of your imagination, brought out by your belief in the ‘power’ of meditation. It could also be a case of hallucination as explained above. Next time you experience the presence of any such energy or ‘beings’, please open your eyes. You will see that that there are no ‘beings’ around that have come to haunt you in the absence of a “less-than-complete-enlightenment”! You will also realize (or you will be ‘enlightened’!) what junk these ‘spiritual’ bestsellers are!