In part 2, I mentioned cases of violence against inter-religious couples

These guardians of morality have been very selective. When the offenders belong to their cadre or leadership, they are not to be seen anywhere.

If the male happens to belong to their community then there is not a whimper of protest as if the morality is only for women. There have been many embarrassing incidents which have been swept under the carpet. While they have no qualms about attacking the lower middle class and the economically backward sections, all of their moral posturing disappears when it comes to dealing with the rich and the powerful.

There are any number of such romances and marriages and even liaisons among the so called elite, to which all these guardians of morality and religious interests turn a convenient blind eye. There are quite a few Khans of Bollywood who have married Hindu women. There is Mansur Ali Khan also called the Nawab of Pataudi who has married a Hindu, Sharmila Tagore and probably had her converted to Islam. Again, the popular BJP MP and film star Dharmendra is supposed to have converted to Islam to marry Hema Malini who is a BJP star campaigner. So, all the bravado of these guardians of morality is directed at the powerless ordinary people who have no money or muscle power. 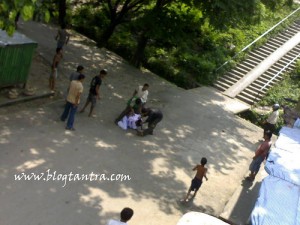 to organize a sena attack females members of their community who are seen with men of other communities! If one observes the members of these communal organizations it is clear that they are mostly comprised of the lumpen elements and unemployed young men. They are all out to vent their frustration on easily identifiable targets unable to defend themselves. Some sections of the media are hand-in-glove with such elements. The media is very conveniently present to report on these events. The defenders of morality seem to thrive on this publicity.

How can this situation be tackled? The talibanis of all communities have to be made accountable for their actions. They cannot take the law into their hands. The police and the district authorities are to be vigilant of these people; a few cases booked for those breaking the law will be enough to make them see sense. While one community is being blamed for bomb blasts as the organizations themselves claim, the others are not angels. Consider how the members of the banned Students Islamic Movement of India have been preparing bombs, while the Bajrang Dal has been also implicated in the same. It is for all citizens who uphold democratic, secular values to make it clear to these misguided youth that they are being misled by vested interests out to exploit them. Once their usefulness is over, they are dropped like the proverbial hot potato and left to their fate! 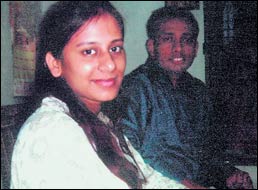 As this goes to press there are have been attacks on places of worship under the guise of prevention of conversions and alleged insults to gods of a particular religion. One of the main reasons for this is the tolerance shown to the behavior of these hooligans by the decent, law abiding citizens of Mangalore who are “good” and want to remain so!

I would like to add a quotation from a parliamentarian of repute, Edmund Burke “All that is needed for the dark forces of evil to take over this world is enough number of good men who want to do nothing“.

In the interest of the future of our children and coming generations who are not going to excuse us for non-involvement when something could be  have been done, let us get out of our cocoons and shed our delusions of grandeur and start doing something about this sorry state of affairs. Let us remember how Hitler with his small band of Nazis brought Germany to the brink of annihilation by the techniques of systematic spreading of lies and the co-operation of a large number of decent people, the silent majority who did not want to get “involved”. Replace the word “Jew” by “minorities” and we have the same propaganda that is going on today.