(This article was written and adapted for Nirmukta by Sanjay Dadlani. The original post can be found here)

As a former devotee of Sathya Sai Baba I would like to relate an experience I had of his apparent omnipresence.

Back in my college days, travelling to the college naturally required me to cross a few streets when walking to the building. One morning, just as I was about to turn into a street crossing and walk over, the most fantastic smell entered my nostrils. It was the well-documented jasmine smell that is associated with the 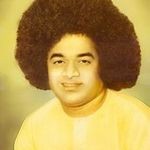 Baba and it was unmistakably ‘his scent’, and which led me to the conclusion that Sai Baba was near me in a disembodied and etheric form. Similar experiences have been reported by other devotees. I would have liked to have stopped there and inhale more of “the divine presence” had I not been conscious of my educational committments, and so I thanked Sai Baba for his presence with me that morning and moved on.

A few months later I found the same smell assaulting my nostrils. I was initially filled with a sense of wonder and was about to thank Sai Baba for his divine omnipresence again when I suddenly realised that I was at the same street-crossing and it was around the sametime as the previous experience!

Something sure smelled fishy, pun not intended, and I took a few minutes to do some detective work. I discovered that the smell was originating from a shop about 4-6 meters away from the street-crossing, a dry-cleaning business run by an Indian family. As a part of their own religiosity they had the custom of offering prayers to God before they started work, and sure enough there was a couple of agarbatti (incense) sticks burning in front of a deity’s picture. The smell had wafted out into the street because the shop door was kept open, and as I neared the entrance to the shop the smell became stronger. Incidentally, this family were devotees of Sathya Sai Baba though I do not recall noticing his picture there.

I was disgusted. Sick and thoroughly disgusted. Not only did I have to suffer the painful realisation that Sai 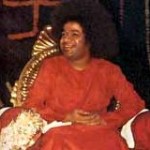 Baba was not with me at those instances, but I had to deal with the fact that I had bought into the propaganda that such events were typical of Sai Baba’s “omnipresence” when they had a perfectly mundane and rational explanation. It also made me wonder about the authenticity of the other experiences recorded by Sai devotees. Knowing their capacity for exaggeration, it’s perfectly possible that a large number of “omnipresence” instances accompanied by otherworldly smells and other ‘signs’ can have their occurrences explained in a similarly rational manner.