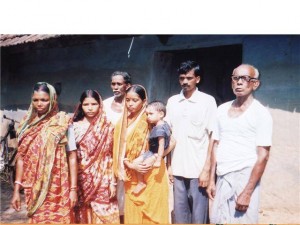 Report by Sumitra Padmanabhan and Anindyasundar

Consider the situation in the 21st century in Medinipur, a district in the communist-ruled state of West Bengal.

For the past 6 months an innocent family have been ostracized and kept practically under house-arrest by the remaining 46 families inhabiting the village of Bhimshole. The poor tribal farmer Manik Mahato and his family of 7 have been boycotted for their alleged liaison with ‘ghosts’. 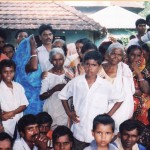 Suspicions arose about a year ago when some people and a few cattle died in the village. The deaths were deemed ‘unnatural’. This belief together with the booming prosperity of the Mahato family led the villagers to believe that the Mahatos were resorting to supernatural powers to help them. Manik and his son Ramesh provide for their family by farming their land of about 3.5 acres. This year the crops were unusually good. But their happiness led to the envy of the other villagers, who took their concerns to a sorcerer from the bordering Orissa. The sorcerer or ‘tantrik’ diagnosed the reason as the presence of some ‘evil-spirits’ being kept at the home of the Mahatos. These supposedly supernatural creatures, he said, were indeed responsible for the unnatural prosperity of the family. The tantrik promised to exorcise the ‘pet ghosts’ of the Mahatos at a fee of ten hundred thousand rupees.

Anindyasunder, the zonal secretary of the Rationalists’ Association, heard the news and met with the family during the 1st week of September. He was told that Ramesh Mahato was educated up to the tenth class. It is 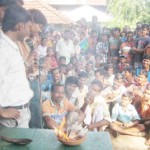 the knowledge he gathered from his school books that was responsible for the better yield this year. Ramesh told Anindyasunder that he had reported the harassment by his neighbors to the local police, but to no avail. In fact most people, including the police believed in the existence of ghosts or evil spirits. They also feared the special powers of the tantrik.

The Rationalists’ Association organized an anti-supernatural campaign known as 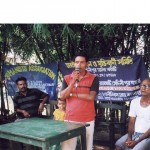 ‘Aloukik noy, Loukik’ in this tribal village, in the vicinity of the Mahato house. Hundreds of people gathered from nearby villages to see the program. Rationalist members Suman and Santosh from Kolkata, along with Anindyasundar, showed some common supernatural tricks used by the sorcerers, explaining the science behind each of them.

The presence of reporters and the local commissioner had a positive effect. Finally the police took the complaint against the tantrik ( known and revered as ‘Janguru ‘) and reprimanded the villagers. The news was covered by a number of newspapers- ‘Dainik Statesman’  03.09.08 and Anandabazar Patrika’ and ‘Bartaman’ dtd 05.09.08