Like magicians, these Babas often perform “miracles” using their own accomplices in the crowd. This featof “miracle cure” was obviously such a case of play-acting. The water in the pot was obviously hot to begin with. The way in which the Baba posed the question – ‘see if the water has turned hot’ – suggested a change in the temperature of the water. This is to make people think that the water was cold before he started chanting his mystic mantras. These are common tricks. 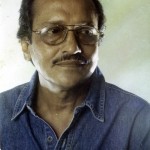 He then told me to close the door as he wanted to talk to me in private. I obeyed. He brought a writing pad and pencil and handed it over to me saying, ‘Write down where you were last evening. Do not show me.’ I wrote – ‘In Madhyamgram, at Bipul’s house’, tore the page and kept it folded in my hand. He took the pad back from me and asked me to close my eyes and think of a calm sunrise. I did so. He placed his hand on my forehead and started uttering slowly – ‘yes, I can see you in a village. There are trees all around. You are in a village. Yes, it is Madhyamgram. I can see the house. It’s a nice, quiet place.” I joined in with him – ‘yes, nice, cool place, clay walls, thatched roof ………..’ He too went on with his description.

But by this time I had come to know of the extent of the real power of the Guru, because last evening I was in the Coffee House on College Street, in the heart of Kolkata. He was nothing but a common magician. He must have used a carbon-pasted writing pad. Another trick is rubbing powdered lead from pencils, after which one can read the words embossed on the next page in the pad. While I closed my eyes he read my note ‘Madhyamgram’. If he could really read my thoughts, he would have known the truth anyway. Instead of using his supernatural “powers” to read my mind, he resorted to a trick and so he made the mistake. And anyway, Bipul’s house was a big concrete building. Baba got carried away with my description of the mud hut! 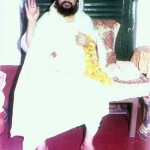 This very popular guru Balak Brahmachari died in May, 1993. The ridiculous excesses that followed his demise were covered by the media extensively and are known to many. The body was preserved in a glass-paned room in his ashram under the public view of hundreds of his disciples for 55 days, awaiting a miraculous resurrection. In spite of the tons of ice used to keep the body fresh, the ‘holy’ body of the Baba started to decay in a most unholy manner! Finally, a state minister, a follower himself, saved the late Brahmachari from further post-mortem humiliation by forcefully taking charge and cremating the cadaver.

On the 5th of June that same year, members of the Rationalist Association held a public program in front of the same ashram. There we demonstrated on stage showing how to stop one’s pulse completely for a short period of time, and show ‘nirbikalpa samadhi‘. Many famous yogis, like the Mahesh Yogi, claim that during ‘samadhi‘ their souls leave the mortal body and they can come back to life at will. Many people, of course, believe in rebirth or resurrection — whatever you wish to call it.

The problem is that our people are often so eager to see God and his ‘divine expressions’ that they fail to see truth. These people are yet to appreciate the wonders of the natural world, one such wonder being the capabilities of the human brain.