If you don’t believe in anything supernatural – gods, ghosts, immaterial souls and spirits – then you subscribe to naturalism, the idea that nature is all there is.

The reason you’re a naturalist is likely that, wanting not to be deceived, you put stock in empirical, evidence-based ways of justifying beliefs about what’s real, as for instance exemplified by science. You probably (and rightly) hold that such beliefs are usually more reliable and more objective than those based in uncorroborated intuition, revelation, religious authority or sacred texts. Kept honest by philosophy and critical thinking, science reveals a single manifold of existence, what we call nature, containing an untold myriad of interconnected phenomena, from quarks to quasars. Nature is simply what we have good reason to believe exists.

We can see, therefore, that naturalism as a metaphysical thesis is driven by a desire for a clear, reliable account of reality and how it works, a desire that generates an unflinching commitment to objectivity and explanatory transparency. Supernaturalism, on the other hand, thrives on non-scientific, non-empirical justifications for beliefs that allow us to project our hopes and fears onto the world, the opposite of objectivity. As naturalists, we might not always like what science reveals about ourselves or our situation, but that’s the psychological price of being what we might call cognitively responsible, of assuming our maturity as a species capable of representing reality.

To be a thorough-going naturalist is to accept yourself as an entirely natural phenomenon. Just as science shows no evidence for a supernatural god “up there”, there’s no evidence for an immaterial soul or mental agent “in here”, supervising the body and brain. So naturalism involves a good deal more than atheism or skepticism – it’s the recognition that we are full-fledged participants in the natural order and as such we play by nature’s rules. We aren’t exempt from the various law-like regularities science discovers at the physical, chemical, biological, psychological and behavioral levels. The naturalistic understanding and acceptance of our fully caused, interdependent nature is directly at odds with the widespread belief (even among many freethinkers) that human beings have supernatural, contra-causal free will, and so are in, but not fully of, this world. 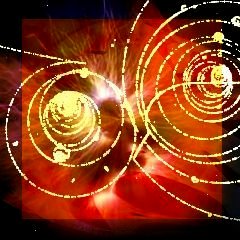 The naturalist understands not only that we are not exceptions to natural laws, but that we don’t need to be in order to secure any central value (freedom, human rights, morality, moral responsibility) or capacity (reason, empathy, ingenuity, originality). We can positively affirm and celebrate the fact that nature is enough. Indeed, the realization that we are fully natural creatures has profoundly positive effects, increasing our sense of connection to the world and others, fostering tolerance, compassion and humility, and giving us greater control over our circumstances. This realization supports a progressive and effective engagement with the human condition in all its dimensions. So we can justly call it worldview naturalism: an overarching cognitive, ethical and existential framework that serves the same function as supernatural worldviews, but without trafficking in illusions. By staying true to science, our most reliable means of representing reality, naturalists find themselves at home in the cosmos, astonished at the sheer scope and complexity of the natural world, and grateful for the chance to participate in the grand project of nature coming to know herself.

The author is the  director of the Center for Naturalism