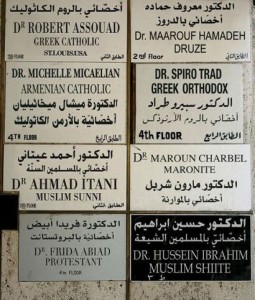 I recently came across an article about a gentleman named Naresh, who lost both his legs in an accident at a very young age, and later studied at IIT and now works at Google. The article, titled “From banks of Godavari to Google on wheel chair“, is a very inspiring story of the triumph of human spirit against several odds. Hats off to Naresh.

One of the things that struck me as odd about Naresh is his superstitious nature. The fact that he has made it into IIT is proof of his capacity for rational thinking and scientific background. I have personally met several scientific minded people who are very smart, yet they are superstitious. I’ve read statistics which say that around 95% of the top scientists are atheists, where as 95% of the general public are believers. I have always been bewildered by how scientific minded people can be superstitious. I think I have figured out one possible reason and would like to describe it in this article.

Let’s start with Naresh first. Here is a clip from the article referred above:

“I believe in God. I believe in destiny. I feel he plans everything for you. If not for the accident, we would not have moved from the village to Tanuku, a town. There I joined a missionary school, and my father built a house next to the school. Till the tenth standard, I studied in that school.

If I had continued in Teeparu, I may not have studied after the 10th. I may have started working as a farmer or someone like that after my studies. I am sure God had other plans for me.”

And then he continues about how several good people helped him in his life (including his sister, his teachers, professors, the Good Samaritan he met on a train who funded his education at IIT etc.) and he attributes all this to God.

Naresh lost both his feet – somehow he does not blame God for this. In fact, he doesn’t blame anyone for it. But for the good people who helped him, he attributes them to God.  Isn’t Naresh aware that there are thousands (if not millions) of people who do not have legs, who lead miserable lives begging on railway stations, traffic signals till their death? Of course, he is. Can’t Naresh figure out that it follows from elementary probability that given the number of physically challenged people in India, the chances are reasonably high that there will be stories like Naresh’s? Of course, Naresh can figure this out. He probably solved much more complicated equations involving probabilities in his quantum mechanics courses at IIT. Then, why does he feel that “God had other plans for me”? By extension, what plans did God have for those unfortunate ones who begged on railway platforms throughout their miserable lives?

What was God’s plan for Naresh? Why snatch both the legs and then plan for Naresh to get into IIT? I would imagine that having legs is much more valuable than getting into IIT. If someone had asked you to trade your legs for a seat into IIT, would you have done it? I wouldn’t. Well, maybe God wanted to teach humanity something through the life and struggles of Naresh. We’ve heard this one several times. Well, why can’t God teach humanity the same thing without having Naresh go through the suffering?

No. Rational thinking does not apply here. Human beings, even when they have been trained in the scientific methods, do not apply it on themselves. What is it about human nature that is at work here?

To understand this, I revisited the book – ‘How to Win Friends and Influence People’ by Dale Carnegie. This book was written eighty years ago and still continues to be a bestseller. Dale’s insights into human nature have been validated several times over these years – rock-solid and time-tested, as they say. And indeed, I found an insight which can explain why even smart people can be superstitious. In the second chapter of the book, titled “The Big Secret of Dealing with People”, Dale talks about the “desire to be important”. In fact, he asks the reader to remember that phrase because “you are going to hear a lot about it in this book”.

I would like to quote a few sentences from this chapter:

“Many people who go insane find in insanity a feeling of importance that they were unable to achieve in the world of reality.”

That is the power of the desire to be important. In extreme cases, it can even drive people insane. 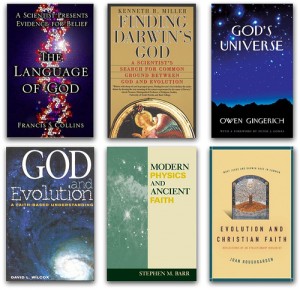 I guess the process might have been similar for the kings of olden times who felt they were in-fact direct descendants of God. Maybe that’s why Bin Laden thinks he was chosen by God to rid the earth of infidels, and Bush thought he was implementing God’s will when he attacked Iraq. As you can see, when the sense of importance reaches such high levels, it can be very dangerous.

Once people believe they are chosen by God, their confidence increases and they can take bigger risks in life, which they might not have taken if they had only used reasoning. Since they take bigger risks, the rewards they potentially reap are also bigger. And these rewards are attributed to God’s grace. This might be the reason why people like Amitabh Bachchan, the Ambanis, feel God has a special place for them and rush to Tirupati ever so often. Also, we only notice those who took bigger risks and succeeded. But what about the people who take bigger risks and fail? The folks who fail don’t attribute their failure to God. They attribute it to bad Karma or their sins in past lives. Why not to God? Because it will hurt their sense of importance. It is not acceptable to believe that God did not listen to our fervent prayers, because that means we are not important to God. It is

acceptable that God gives us importance, but his hands are tied because of our bad Karma. Isn’t the poor beggar at the traffic signal suffering due to his bad karma?

This explanation probably holds good for the popularity of Sadhus, spiritual and religious leaders. They appeal to the individual’s sense of importance. They preach that you have in you a divine spark – you are special and your life has a grand purpose.