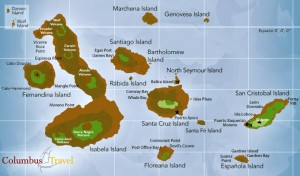 On this day in 1835, Charles Darwin sailed into an archipelago in the Pacific Ocean off the coast of Ecuador, called the Galapagos Islands. In his diary, the 26-years-old Darwin wrote about the geography of the volcanic islands, describing their numerous craters and unique weather patterns. But over the days that…. 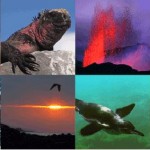 ….followed, what became increasingly apparent to Darwin were the fine-tuned adaptations of the organisms he found in the different ecological niches on the different islands. His meticulous observations of these adaptations were to help him later when he began to develop the theory of evolution by natural selection. The trip itself was destined to become one of the most famous expeditions in modern history.

The philosophical implications of the theory of evolution by natural selection are profound. Thanks to Darwin, the single most compelling argument for a supernatural creator of the universe has been thwarted. Darwin by his own accord was not trying to challenge religion and in fact went out of his way to avoid confrontation with the church.

Whole lot of good that did him.

Fast forward to today. The Church of England made this announcement today, apologizing for its treatment of Darwin, 126 years after his death.  Over those years billions of people have been misled by the reactionary dictates of religious leaders worldwide. Countless resources have been lost in the form of pointless debates, political and legal attacks and a stranglehold on the artery of information that is the scientific process. All it takes to wipe the slate clean is a sorry. A “My bad, Charlie”. 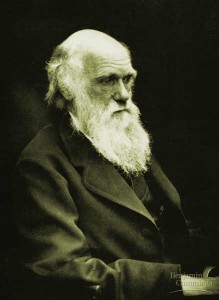 Different denominations of the Christian faith have, over the last decade, apologized for various misdeeds in their past. Slavery, the inquisition and Galileo’s imprisonment to mention a few. Many rational people think that these apologies are too little, too late. I happen to think that it’s a step in the right direction. Yes, Darwin and Galileo and thousands of others will never know that their life’s work in the pursuit of truth has finally become accepted by the Church. What I’m more interested in is if this will get more believers to start trusting science and if evolution research will receive the dignity, funding and attention it deserves. For some reason I’m not so optimistic. Check out the comments at the end of this article to see why.

On this day as we commemorate Charles Darwin’s arrival at the Galapagos by launching our News-Blog, Nirmukta, I hope that the search for answers in this naturalistic reality will keep us forever free of ideological mind-blocks and authoritarian institutions.

Here’s to the Galapagos.