This article was written by Prabir Ghosh and Sumitra Padmanabhan

This is the first of a 2-part article. Click Here for Part II.

The program Muqabla on NDTV on January 7, 2006, from 10p.m. to 11.30p.m. showed Prabir Ghosh, the General Secretary of Science & Rationalists’ Association of India face to face with  Swami Ramdev, the latest Guru of India.

The guru, a self proclaimed healer of all diseases could not answer some point blank questions by Prabir. This very popular program conducted by Mr.Debang ended with a challenge thrown by Prabir on behalf of the Rationalists’ Association of India. In this challenge, a patient sent by Prabir has to be cured of his ailment and a bald-headed man selected from Delhi will have to be cured of his baldness by growing hair on his scalp; both by using Ramdev’s Yogic therapy and not by using any modern medicine or skin-grafting etc.

No. Ramdev-ji did not accept the challenge. Read more about this “guru” is Prabir’s own words.

Do not shun the gurus because you are a rationalist and because you know that you will not be fooled by their words anyway. Meet them, find out more about them, they are humans. Find how they operate. Only then we can establish our views. Save the millions of gullible who do not question, but just follow the person in front. Now, let us know more about this latest ‘maha-guru’ of India, popularly known as Baba Ramdev. You must be already familiar with his saffron-clad common-man look appearing on TV channels, and on the glossy covers of his publications. 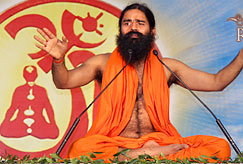 Swami Ramdev: An ascetic, a maha-yogi, a mendicant–healer of all diseases!

Who is the biggest of all Yogis? Simple answer is-one who has the biggest publicity. Large-scale advertisement brings about large-scale popularity to any commodity. If Cadbury’s, Samsung or Maruti depended only on the quality of their product, and did away with all advertisements for promoting them, we can imagine what would have happened to them in this era of competition. It is a pity that Yogis too, need promotion!

[These lines are from a book by Prabir Ghosh , on ‘Yoga, Control of the mind  & Meditation’ in Bengali published in January 2006. ]

The ascetic, yogi Ramdev understands the power of advertisements quite well. One, who is a sanyasi and has renounced all worldly matters, is also a man of clever business acumen. In a few years, the Divya Yog Mandir Trust has become one of the richest of its kind in India. Nowadays even astrologers have started forming trusts! If the ownership of the trusts are kept among own family-members, all profits would be within control; and, of course, there would be no question of Income Tax.

This vegetarian ascetic, who lives only on fruits, has probably overcome the inevitability of death. That is what is clearly written down in our ancient books of wisdom. A person, who has mastered the Khechari Mudra, can defy death. (A mudra, according to our ancient texts, is a specific, peculiar sign made by the fingers, or any parts of the body, as in dance, to bring about specific results).

So, if Ramdev finally dies, it will prove the fallibility of his various yogic mudras. Another question also crops up-why does the baba need fruits and water as food? A person with knowledge of the same Khechari Mudra supposedly does not need food or even water, and can overcome the sense of hunger or thirst. Then what is the truth? Either he does not know the Mudra, or the concept of yogic Mudra itself is bogus.

Sanyasi Ramdev is also an arduous practitioner of Hatha Yoga; an accomplished saint who is learned in this particular stream of yoga which teaches a man to fly! Yes, hatha Yoga is the art of flying like a bird, of remaining young in mind and body, and of course, living forever. Can our revered swami Ramdev please demonstrate this feat of flying? Or is it just another example of preaching things that the preacher himself cannot perform. [To know more about Hatha-Yoga, the reader may go through ‘Hathayoga-Pradipika’, Sreemat Swatmaramyogindra; Basumati Sahitya Mandir, 166 Bipin Bihari Ganguly Street, Kolkata- 12] 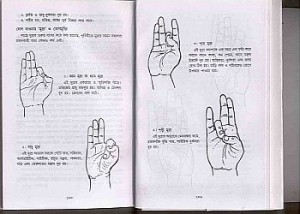 What is the definition of YOGA according to Ramdev?

Ramdev follows the ancient saints and claims that the chief adviser of the yogic philosophy, maha-rishi Patanjali has said, yoga is the control of the faculties (one can also mean the senses or instincts that we are born with). But here Ramdev has created some confusion by saying that there are five faculties or instinct, namely, the senses of evidence (or proof), disaster, doubt, sleep and memory. After arduous ascetic practices, when all these senses disappear from the mind, one attains the heights of yogic wisdom.

Therefore as per Ramdev’s dictum, yoga is all about suppressing the natural instincts. But according to psychiatry, the causes for mental illnesses are more often than not, suppression of man’s normal inborn instincts. It is for this reason, psycho-somatic diseases occur. For example, attraction towards the opposite sex is a common human instinct. Those who cannot control their sexual excitement through the normal moral and civilised codes laid down by society, are sex-maniacs. But if one advocates total abstinence from sexual behaviour, he is committing a social crime.

Swami Ramdev has quoted Maha-Rishi Vyas as saying that yoga is a condition of Samadhi or self-absorbed spiritual meditation. At this stage, after total abstinence, the soul (atma) merges with the paramatma or the soul of the Almighty in an extremely pleasurable experience.

So, we see, the concept of yoga depends on the belief in the existence of God. If there is no God, yoga as a stream of knowledge or power loses its existence. It would be very enlightening if Ramdev could meet at a press conference and demonstrate his divine power, which would prove the existence of God.

Swami Ramdev in his book on Yogic Sadhana has quoted the Geeta , where Lord Shree Krishna says that when one transcends the normal feelings of success or defeat, happiness and sorrow etc and remains unperturbed under all circumstances, it is called the ultimate attainment of Yoga.

So we get three definitions of Yoga from Ramdev. 1) As defined by Patanjali-to conquer the senses or inborn instincts. 2) To connect the soul with that of the Almighty God, as described by Maha-rishi Vyas. 3) As said by Shree Krishna, to remain undisturbed in pain or pleasure, sorrow or happiness. Which one of these is correct? Ramdev has no answer.

Swami Ramdev has confused us again, when in his books he has written about three classifications of Yoga. 1) According to Yograj Upanishad, there are three types of yoga. Mantrayog, Layayog, Hathayog and Rajyog. 2) Geeta has extensive discourses on three more kinds-Dhyan-yoga, Sankhya-yoga and Karmayoga. In the fifth chapter of Geeta we find another type-Sanyas-yoga. 3) Patanjali, the father of yoga has discussed about ashtanga-yoga or eight types of yogic practices-namely, -yama, niyam, asana, pranayama, pratyahar, dharana, dhyan and samadhi.

Which of the above are the best or the most effective, and why? No, Ramdev has no answer. He has only quoted generously from all. There is no analysis, no rejection, no judgement. 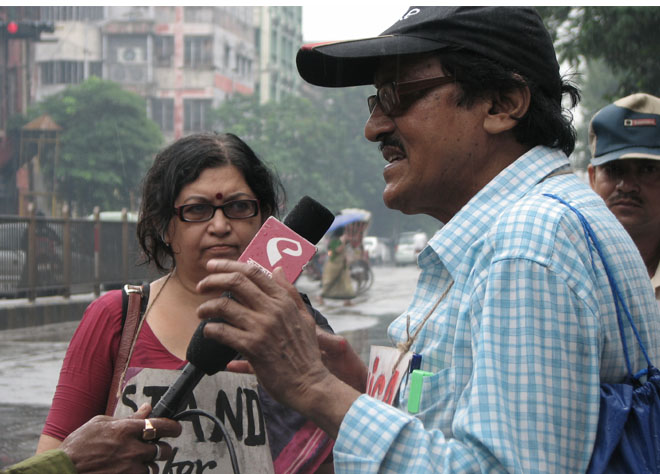 So, back on the show, Prabir asks Ramdev why he does not cure his own eye problem with his ‘Pran Mudra’, which is supposed to cure all eye problems. A visible shaken up Ramdev gets aggressive and demands Prabir for his credentials. Prabir asks the Swami if he does not practice his Dhyan Mudra to keep his temper in check at which point the audience is roaring with laughter.

This program was repeated on the 1st of January as the best ‘Muqabla‘ program of the year 2006.But alas! Babas still continue to practice and their Ashrams thrive. If only there was a Mudra to rid our society of these Swamis!

Click here for part two of Know Your Gurus!