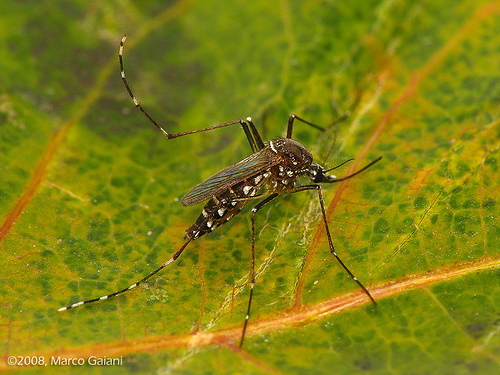 It is rarely that we find ourselves prepared to tackle emergencies and so it is only natural that things get badly messed up in such situations of crisis. It is not  quite so rare to find many waiting to fish in the troubled waters.

Recently we witnessed such conditions during the outbreak of chikungunya epidemic in Dakshina Kannada district of Karnataka state. The officials of the dept. of health and family welfare, as always bereft of ideas or plans to tackle the epidemic, readily washed off their hands claiming that modern medicine does not offer any treatment for chikungunya. Further, it was claimed that homeopathy and ayurveda have remedies to offer, not only to provide for treatment but also for prevention of chikungunya . Many camps were organized in the Primary Health Centres, Anganwadis etc. for the free distribution of homeopathy drugs for the ‘prevention’ of chikungunya.

The Govt. of Karnataka issued a front page advertisement in all the dailies on June 13, 2008 detailing the steps taken by the government in tackling the epidemic. Among other things, the ad claimed ‘chikungunya is a self-limiting disease that resolves in 8-10 days‘ and that ‘it was not fatal‘, and furtuer went onto to claim that the government had ensured adequate supplies of ‘life saving drugs and other medicines needed‘ for the treatment of chikungunya. It also claimed that ‘homeopathy and ayurveda drugs are useful in preventing chikungunya and that ‘people can use these drugs‘ to prevent the infection.

Contrary to what is well known in the medical literature, the district health officer claimed that the incidence of chikungunya would drop following the rains! Meanwhile, thousands suffered from the infection across the district. Many doctors, who had never seen such cases in the past, were unclear about the management of the infection and some practitioners of alternative systems of medicine posed as experts of chikungunya and wrote reams on the virtues of alternative therapy in the management of this disease. While many doctors and hospitals rendered selfless service, stretching all their limits, some original, many alternative and most quacks hiked their fees and rendered ‘special’ service. The media reported the events ‘as they where’ and provided lots of space for the ‘experts from alternative medicine’ and all this only helped to worsen the confusion.

We wrote to the District Health Office and the state Health and family Welfare department seeking information under the Right to Information Act, 2005, regarding the reasons and supporting evidence for organising the camps distributing homeopathic tablets to prevent chikungunya. The answers received clearly reflect how the administration responds to such epidemics and how the public health administration irrationally surrenders itself to the ‘alternative medical systems’ when the specialists from modern medicine are found wanting in formulating a scientific and rational strategy to tackle the epidemic. (The full text of the questions and answers are providedin Part 2 of this article)

It has been widely reported in the media that modern medicine has nothing much to offer in the treatment of chikungunya. Combined with reports that there were deaths due to chikungunya (none of these deaths were ever confirmed as due to chikungunya), such statements have only increased confusion and panic among the people. This has provided a golden opportunity for the proponents of the ‘alternative systems’ to claim the market and make the most of it. 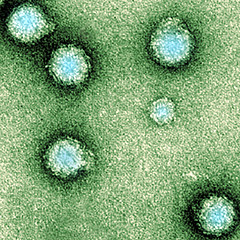 Every attempt has been made to study chikungunya since its identification as a mosquito borne illness in 1952. The ultra structure of the virus, its modes of spread, symptoms, complications, manifestations in infected pregnant women, infants and the elderly, morbidity and mortality, chronic arthritis and its management strategies and many other aspects of chikungunya have been studied in detail in several countries and the reports have been published in many reputed scientific publications and by WHO.

In the recent years, chikungunya has been spreading across 23 countries of Africa and Asia, including India. The changes in the viral genome have apparently made it more virulent and the same viral serotype has been found across Africa and Asia. The disease is self-limiting and in most patients resolves in 4-10 days. There is no need for any specific treatment for chikungunya other than acetaminophen in case of high fever or severe joint pain. Rare complications may require specific supportive treatment. About 12% patients may have persistent joint pains and such patients may need chloroquine tablets. There are no drugs or vaccines to prevent chikugunya and the spread of infection can be prevented only by means of controlling the vector mosquito.

Thus, modern medicine is clear about the strategies for management and prevention of chikungunya. More research is underway to understand its pathogenesis and to develop a vaccine.

Is there any specific treatment available for chikungunya in the ‘alternative systems’ of medicine?

The answer is a big NO. The fact is, none of the ‘alternative systems’ of medicine even consider chikungunya as a separate disease entity. Most of the so called ‘alternative systems’ consider the various diseases that afflict humans as manifestations of imbalance between man’s internal and/or external environs and the concept of single causes like infectious agents does not exist in these systems. That being the case, these systems offer ‘treatment’ based largely on the symptoms alone, (fever, jaundice, joint pain etc.,) whatever be the cause.[See below] But ironically, while writing on chikungunya, most of these ‘experts’ of alternative medicine have not hesitated even a bit in ‘copy-pasting’ the details of chikugunya, including the fact that it is a viral illness, from various resources of modern medicine!

All these ‘alternative systems’ suggest piece meal treatment for the various manifestations of chikungunya and nowhere one finds a holistic or complete treatment. [6-13] The word chikungunya is nowhere to be found in the Boericke’s Homeopathic Materia Medica, often cited in the articles on the treatment of chikungunya written by homeopathic ‘experts’.[6,7,14] It is hard to find any studies on the efficacy of such alternative medicines in the treatment of chikungunya in any peer reviewed literature. Even the two studies, cited by the Karnataka Health and Family welfare department as evidence for the efficacy of homeopathy in the management of chikungunya, have not been published so far.[15-17] Therefore, there is no evidence or support to substantiate the claims of the ‘experts’ of the alternative systems that these systems provide specific and effective treatment for chikungunya while modern medicine has nothing to offer.

9.      Chikungunya – Homeopathy for treatment and prevention Available at http://www.homeopathyhelps.com/chikungunya-treatment.htm

12. Fight Chikungunya and Viral Fever with Ayurveda Available at http://www.keralaayurvedics.com/media/articles/fight-chikungunya-and-viral-fever-with-ayurveda.html

16. Biju SG, Sarathchandran. A Pilot Study on Treatment of Chikun Gunya. Available at http://www.slideshare.net/shebees/chiqun-gunya/ and http://similiacare.com/wp-content/uploads/2008/06/cgunya2t.pdf