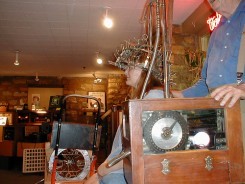 . This is a promising development in human cultural evolution.

Over the last century, the proponents of science have developed a number of rules that range from commonly used methods to philosophical criteria that need to be satisfied. However, most people don’t have the time or inclination to learn the methods of science to be able to challenge every scientific claim there is out there.

This combination of the authoritative significance of science with the lack of general public awareness of what science essentially constitutes makes it possible for ideas that don’t satisfy the limiting criteria of the scientific method to be touted as valid scientific beliefs.

At first glance this seems inconsequential- what can a few people labeling their crack-pot theories as science really do? However, on closer scrutiny the extent of the problem is apparent. Every area of knowledge is full of these false belief systems that have the potential to cause significant harm to their followers and even to those who aren’t taken in by them. In many cases where there is no direct harm caused, there is still the issue of fraud and misdirection that needs to be dealt with. 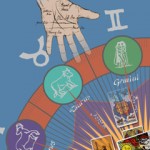 According to Steven Novella, president of the New England Skeptical Society in the US, those who make pseudoscientific claims employ aggressive grass-roots campaigns to get their ideas into the mainstream public media. These campaigns are quite successful and often require the attention of legitimate scientists to be discerned. Part of the problem is that our knowledge represents a continuum, leading all the way from the many scientifically legitimate areas of study to the many pseudoscientific ones. Novella refers to this problem as “The Demarcation Problem”. This problem is only going to get worse as science gets more specialized and complex.

The layman cannot follow the details of all the scientific ideas that are out there with the result that one is urged to pay equal attention to all ideas in the idea of fairness. In such conditions it becomes essential to learn how to differentiate between real science and scientific-sounding garbage.

Here are a few beliefs that are not grounded in science but piggyback on the influence of science in society:

– Astrology (Probably the most widespread pseudoscience)

This is a limited list of all the areas where pseudoscience has penetrated public consciousness. It goes without saying that the majority of the pseudosciences are promoted by those who stand to make a profit by marketing these false ideas or dubious products. Concepts such as ayurveda, acupuncture, astrology and homeopathy are powerful moneymaking ventures for those who promote them.

This section at Nirmukta, we will look at pseudoscience from different points of view. Individual claims as well as entire areas of pseudoscience will be analyzed. The dangers of specific pseudoscientific beliefs will be a major focus. We will also attempt to expose fraud and scientific incompetency in cases where pseudoscientific claims are thrust on the public in the guise of science.