Morality is everywhere the same for all men, therefore it comes from God” – Voltaire, Dictionnaire philosophique portatif, 1764.

Of those who argue for a divine cause for the existence of morality there are two general types. First, there are those literalists to whom the word of their scripture is the code by which to live. To these believers, there is no morality inherent in us but that which comes from indoctrination of certain archaic rules. The other group of believers is less inclined to value literal interpretations of scriptural law, but still believe that there could be no natural causes for this strong urge to act as moral beings. Voltaire was one of these. 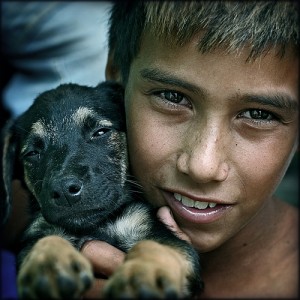 Among the thinkers of the Enlightenment Period in 18th century Europe, this view was espoused by many including the deists, of whom Voltaire was one. These thinkers, of course, disavowed organized religion in keeping with the transcendentalist concepts of the time. This rejection of organized religion was the product of increased knowledge about the world we live in. As new people with contradictory beliefs were discovered and new scientific discoveries turned up discrediting scriptural accounts of history, astronomy and geophysics, the rational conclusion was a rejection of literal interpretation of religious ideas. However, these thinkers could yet not perceive of a reality where natural principles could construct such a powerful instinct as morality. So what has changed since then that we can now comfortably talk about natural morality?

The answer, of course, is that science has demonstrated clearly and without doubt that the same natural laws that shaped the evolution of all other biological creatures also shaped our morality. The explanatory power of the theory of evolution is by far its strongest proof and altruism theory is coming to be considered well within the realm of evolutionary theory.

There are many aspects of morality that can be discussed here in the Natural Ethics section. The evolution of moral systems in social animals and the evolution of a cultural code in humans are subject to scrutiny. This section at Nirmukta will attempt to follow the current research into the nature and science of natural morality. However, I want to make a distinction that may not be immediately apparent to some. Morality is not the same thing as Ethics.

In the scientific world, morality is a biological concept – a behavior that has genetic and environmental causes. The study of biological morality is essential to provide insight into human interaction and social behavior. However, biological morality as evolved by natural selection and shaped by social conditioning is slightly different from ethics. Ethics is a value system. This distinction is not obvious to many religious people and some non-religious folk as well, who claim that understanding evolutionary morality is a slippery slope to adopting Social Darwinism. The truth is that science itself does not make any value judgments of its own. What we do with our lives is entirely up to our innate sense of value, but what the nature of the universe is, is not.

In part this confusion between morality and ethics may have something to do with the widespread belief in God. The “God did it” mantra is an intellectual dead-end. Morality was lumped in with ethics as supernatural phenomena that could only be explained as divine manifestations. Under those conditions, both the origin of morality and ethical behavior derive from God. Something is good or bad because God says so.

It took science to show that the directionless physical forces that brought us here are not the masters of our compassion. The emotions and cultural traditions that we have evolved over time are our values, but evolution itself is just another physical force. This dissociation is simply the result of studying the universe objectively through science while accepting our own subjective values.

Science does play an important role in ethics. It’s the role of the informer; educating us of the natural world and helping us make more compassionate choices. As our knowledge of the universe and the capabilities of our species grow, so do the moral dilemmas of our times.

The clash between religious and secular people over moral issues is bound to crescendo over the next few years as we begin to explore new territory in fields such as neuroscience, genetic-engineering and cloning. Consider the issue of stem-cell research. This is a great example because it shows how an informed naturalistic perspective can cause one to make a highly ethical choice that is not necessarily morally intuitive. The natural instinct for survival was reinforced by religious culture by assigning immense value to the potential for new life. This causes some to believe that a stem-cell, probably from an embryo that was going to be discarded in any case, is of more value than an adult human being with sentience, feelings, memories and emotions. An instinctual choice that is reinforced by a cultural meme can make one choose the action that causes more suffering.

To a spiritualist, “value of life” is a dogmatic belief that has no grounding in reality. God made life, so an embryo is alive. To a naturalist, the value of life is a measured product of consciousness, sentience, pleasure, pain, etc., all potentially quantifiable in reductionist terms. The information that science has to offer must be accepted more widely if we are to evolve our moral culture at the same pace as our technological one.

The responsibility of understanding ethical problems can be a heavy burden. That is the challenge that we face before us. We can’t just say “that’s good” or “that’s bad”, based on some dogmatic belief. We need to look at each case, analyze the information we have about each situation, and make informed decisions that conform to our values.

The “Natural Ethics” section at Nirmukta will attempt to do just that. As moral issues come up in the media, we will attempt to present secular viewpoints that are informed by reason. We will attempt to bring influential thinkers to write here and engage the readers in building a naturalistic ethical system. Onward, towards the future!